Hello all, this is Arthur again.  We went to the oil depot. The owner of the depot is a successful engineer and great business man. Due to the recent market competition, the owner of want to recover one of the old station they abandoned for three years and renovate the systems. It was started in January and has most of the work. We get a chance to take an adventure going into one of the new tanks almost finished.

Differed from most infrastructures, the petroleum tanks do not have a foundation. The tank was sitting on a solid concrete platform. Between the concrete and tank, there is a layer of sand. So when the tank was full of petroleum or expand during summer, the bottom of the tank will bend without damage of the tank. And the bottom of the tank will The tank build from pieces of 5 cm thick iron plates. Due to the nature of the thermal expansion, they would expand under long time sun exposure and shrink during the winter. During the summer, they will cool the tank using water spray from outside of the tank. The water stored in a reservoir and supplied from the blue water line. The tank is different in the States which we would have to use concrete double walls with a positive separation to prevent any environmental hazard. 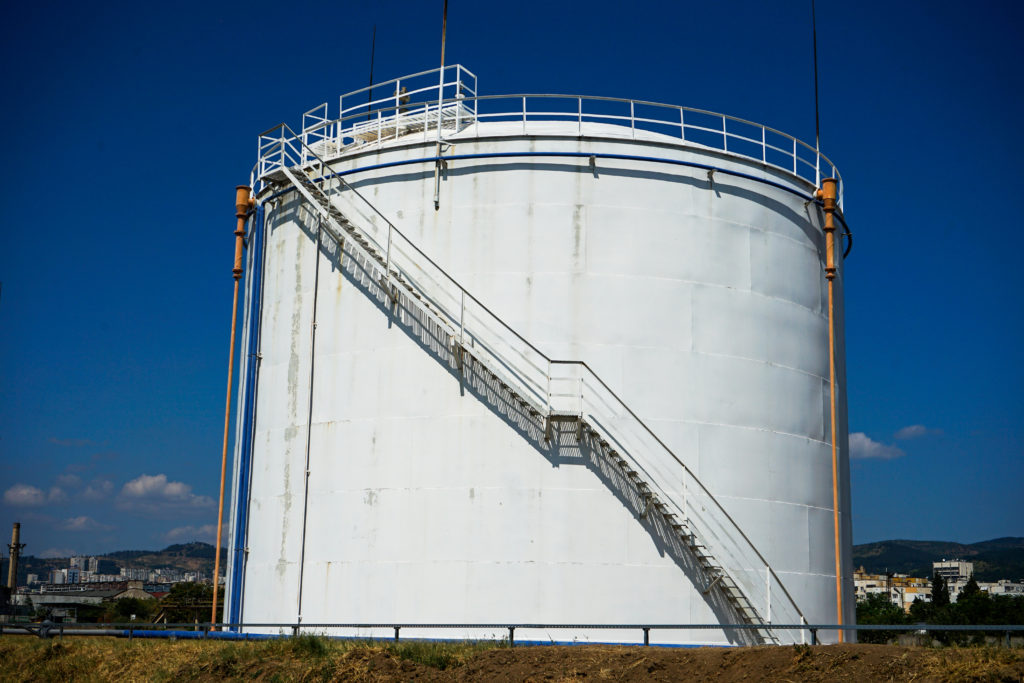 The Orange（ red ） line connected to the tank is for emergency fire extinguishers by spray foams. Although there is never a fire accident happened on the site, the owner still needs to upgrade the lightning system. The grounding line from the Lightning system would be the only connection between the tank and soil.

During the 1970s oil crisis, the former owner of the station come up several irrational solutions to deal with it. One of those solutions is by adding more water into the tank to dilute the petroleum. These unethical methods only bring a short term profit, since then the tank was oxidized critically because of the water. Therefore part of the renovation is to clean up the rust and apply a new layer of Epoxy inside of the tank. Epoxy provides a great isolation metal coating.

The owner of the oil depot showed us a critical section been recovered. （See the wrinkle on the tank） The specific heat of the iron is about one tenth of the water. These iron tanks naturally expand after long exposure to the sun. Also, it would shrink during the winter. The iron plates fatigued after years and part of the tank failed and bent inward permanently. What they did is put on three support beam to force it rebound and prevent further damage. 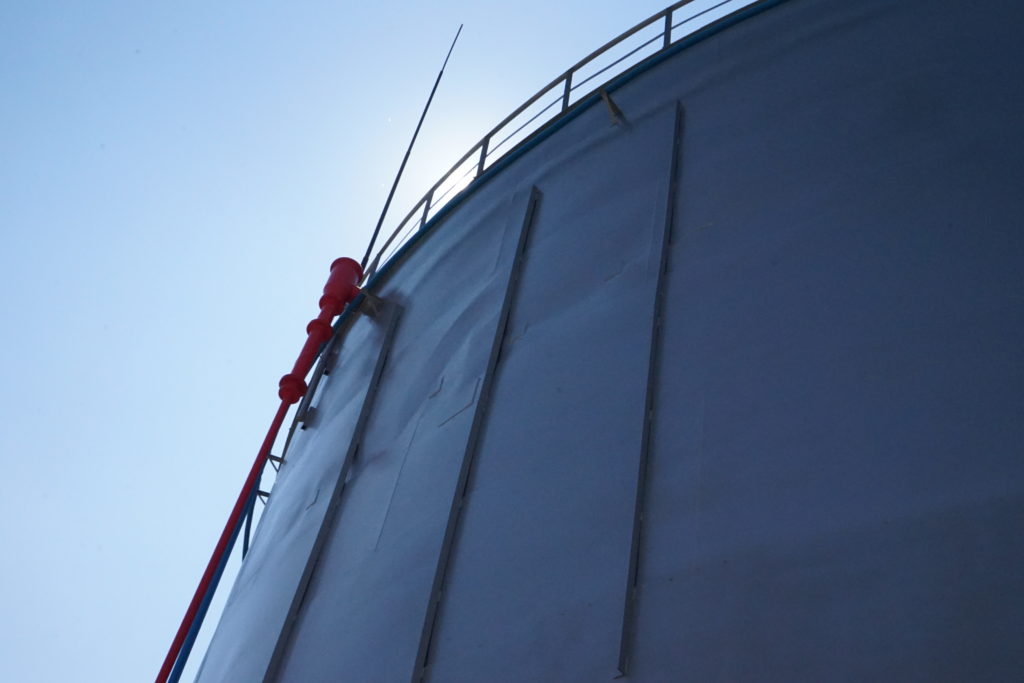 The owner always put the customer as his priority. He paid million dollars to renovation. The petroleum supply is fully computer controlled the unmanned system to shorten the time and precisely control the supply. That would bring up the efficiency of the petroleum distribution lines.  Besides, they also restart the petroleum recycling system. It is a machine which would filter the gas from the fuel tanker to capture any leftover petroleum from the gas stage. Although the owner has to pay more than what would he gain from recovered gas, he still willing to do so in the matter of sustainable development. He also utilizes geothermal bump in the new office.