Hi, I am Arthur, Qiming Wang, senior Civil Engineering student at Syracuse University. It is my great honor to travel with professors and peers from SU and Utica College. We are now in Plovdiv about 3-hours drive east from Sofia . We enjoyed the one-day tour in two historical sites from Philippopolis. We were interested in how the stairs are evolved over time. I was amazed by the technics used by ancient Romans in building and infrastructure. 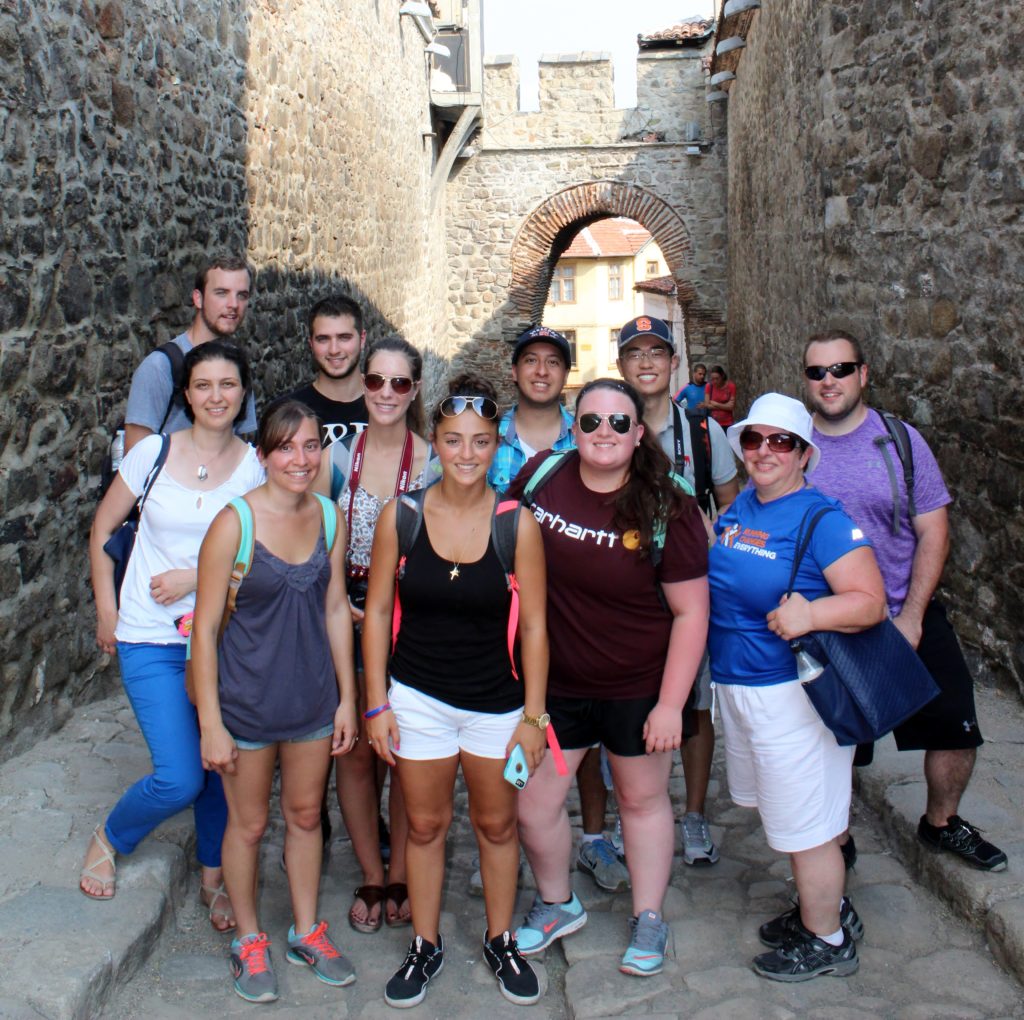 The first site we visited is the Ancient stadium of Philippopolis, also known as the Ancient Roman Stadium. The stadium was built with marble blocks from 2nd Century AD. It could seat up to 30,000 spectators almost the 2/3 capacity of the Yankee Stadium. The dimension is 240 meter (820 ft) long by 50 meters (164 ft) wide, have an area more than two of American football court. 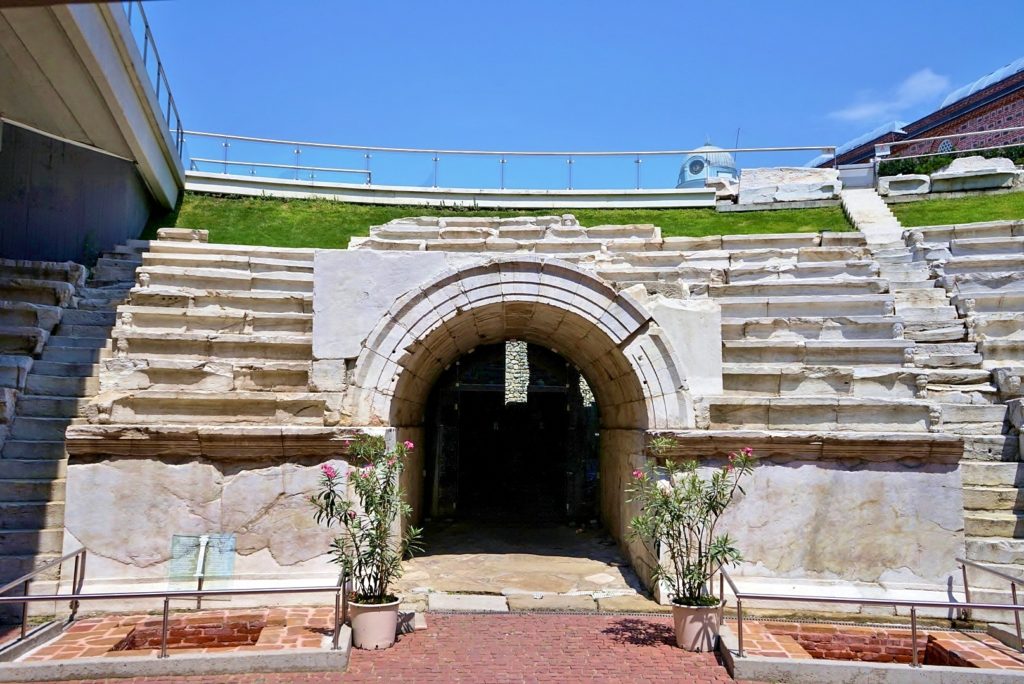 The other site we visited is the Theatre from Emperor Trajan in a shape of a semicircle. It is so spectacular although it was seriously damaged and only partly recovered. The stages, scaenae, have three floors supported by ionic columns, with a pediment with incredible sculptures. The stand, cavea, has been restored with about 3500 seats, which is nearly half of the original capacity. There is an annual summer concert host in the theater, we are going to see in the next few days. 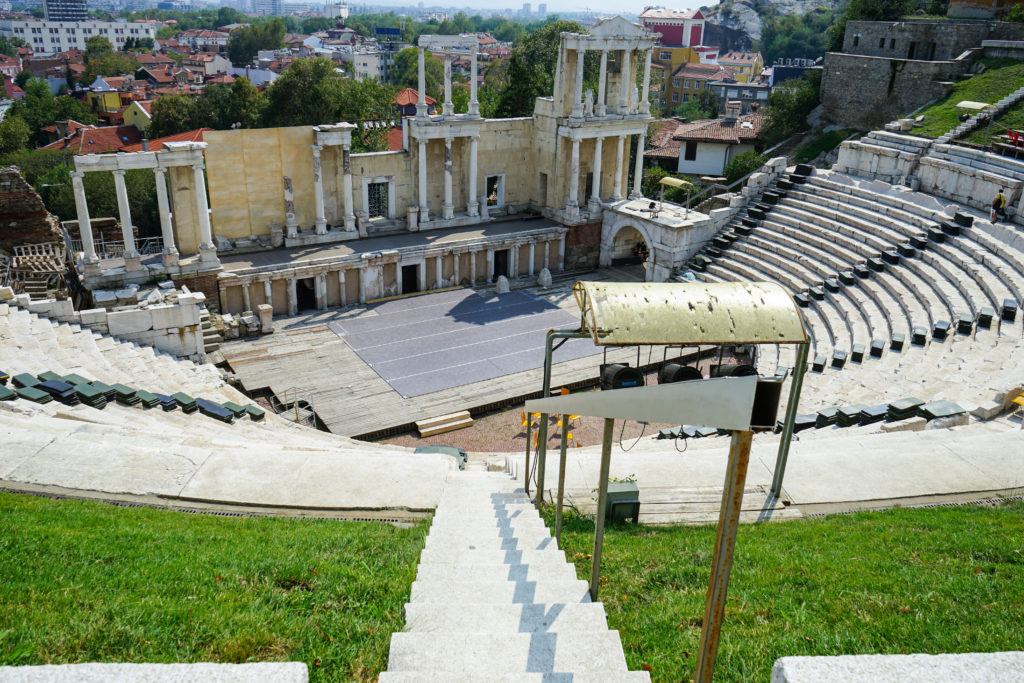 Also we passed by Hisar Kapiya, an arch represent the stonework and brickwork of ancient Philippopolis. It was founded from Roman Age and be destroyed and reconstructed several times.  Arch are wildly used not only as a architectural element but also structure stiff  to transfer tremendous loading. The smaller entrance for the stadium on the north has been recovered. It is a small tunnel supported by a barrel vault. A barrel vault is an extended arch with multi keystone on the top, which we call the crown. The crown transfers the weight to rest of the vault- haunch, then transfer to the buttress on the side. 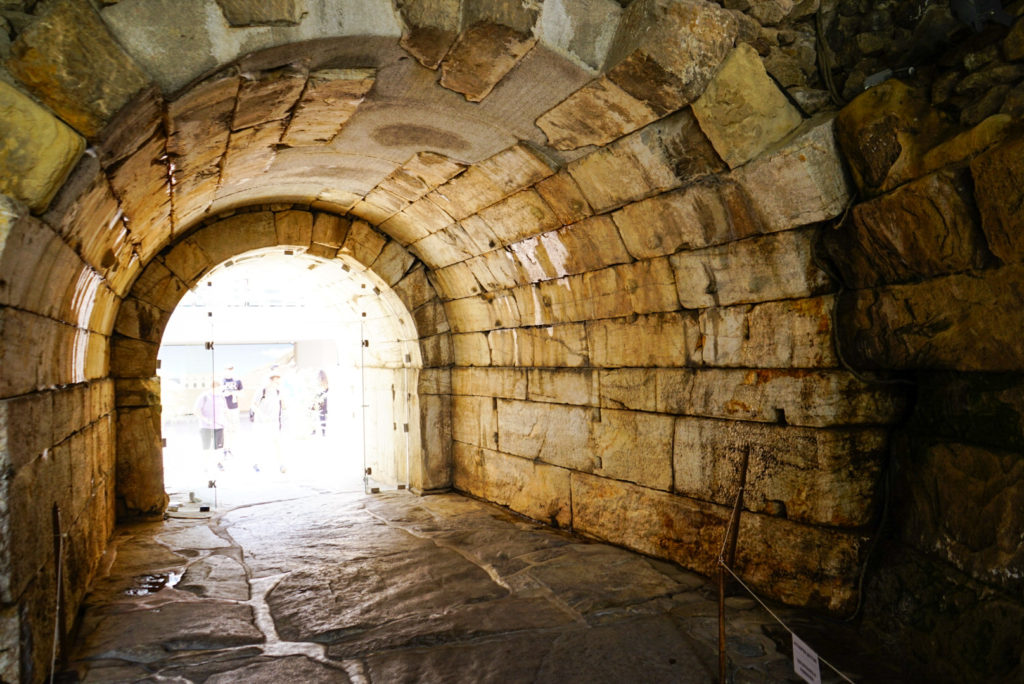 The masonry structured used a lot of Mortise and Tenon Joints. The stones are crafted in multi-faceted, with dent and protuberances. It has been wide used crossed the world. Traditional Chinese timber architectures often use Mortise and Tenon joints to make the structure support. Ancient Romans developed the melting iron and locking method to reinforced the marble structures. They drilled a hole through two stones pour melted iron into it to provide extra support and connection. Later on, they discovered that lead cover would help to keep the iron from rust. 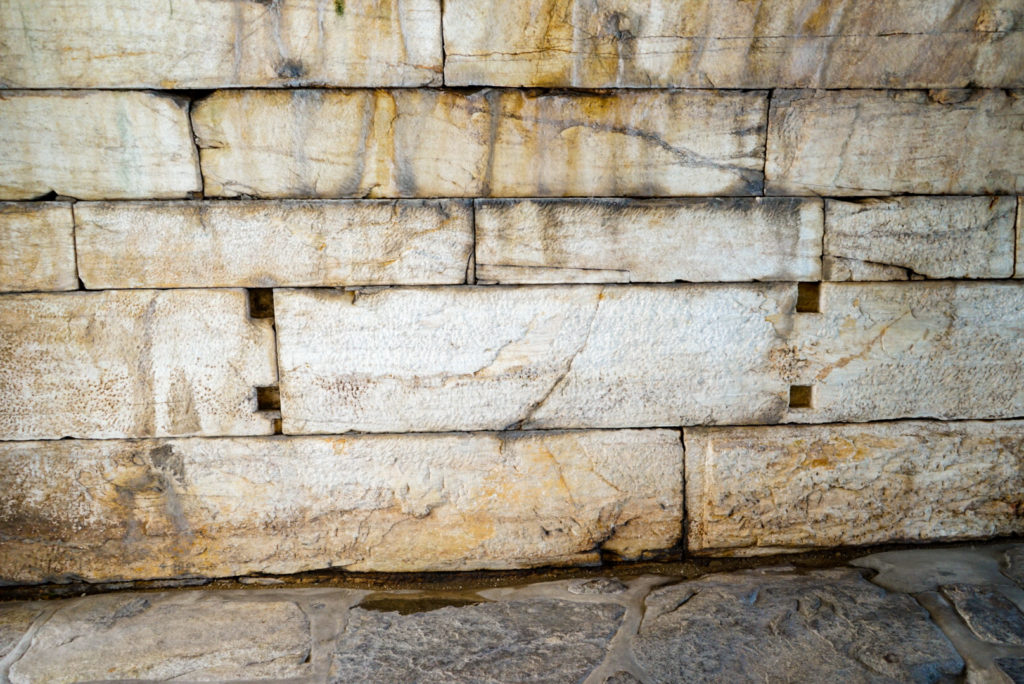 We tape measure the stairs from both stadium and theater, and contemporary stairs. We found things are evolved dramatically. The average rise of the stairs in the stadium was 20.150cm (7.93 inches). It is almost one inch longer than the US stander 7 in. The run of the stairs varies from 15.5 cm to 56 cm. The rise and run of the theater are close to the modern system. 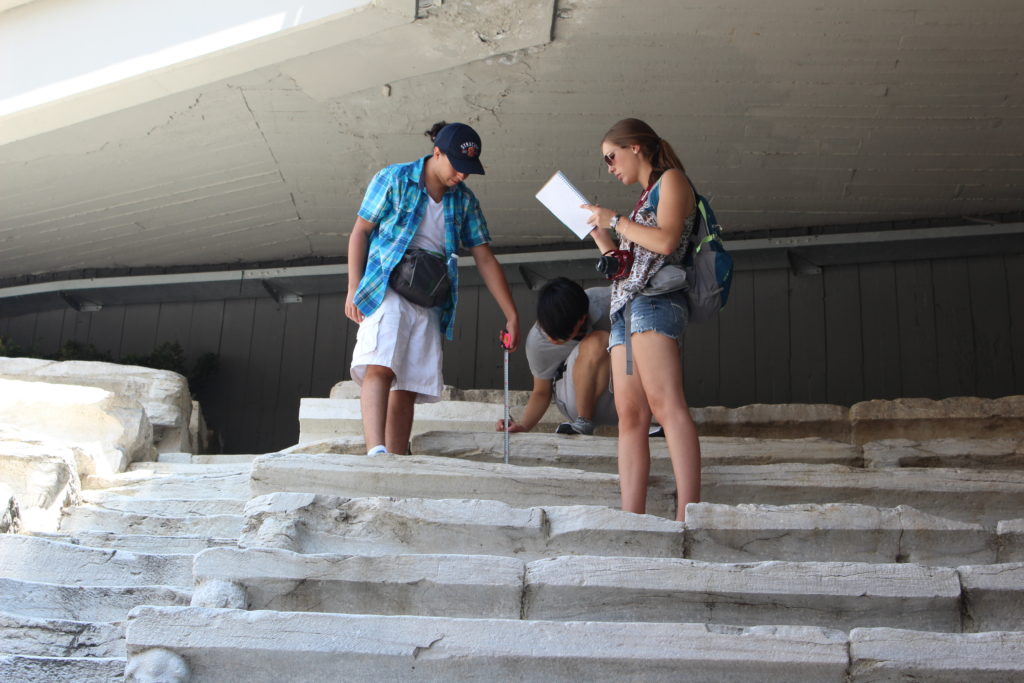 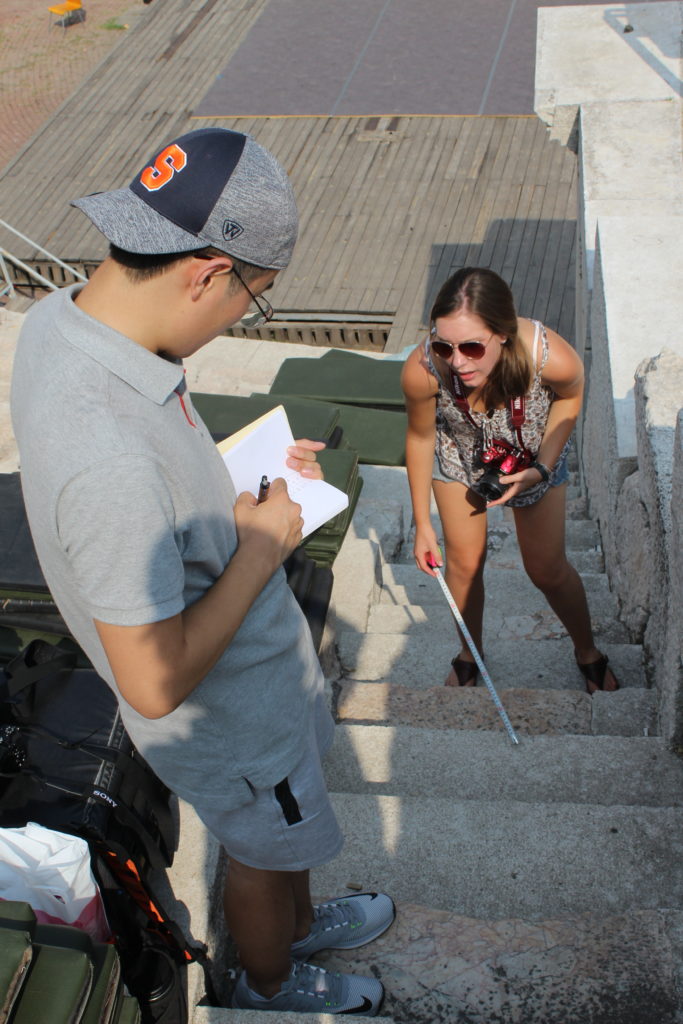 Wise Romans implement drainage system on the street. The street of Philippopolis have concave dihedral pavement, and a narrow gutter run through the mid. Precipitations will be collected by the gutter from the sloped pavement, and run down the hill. 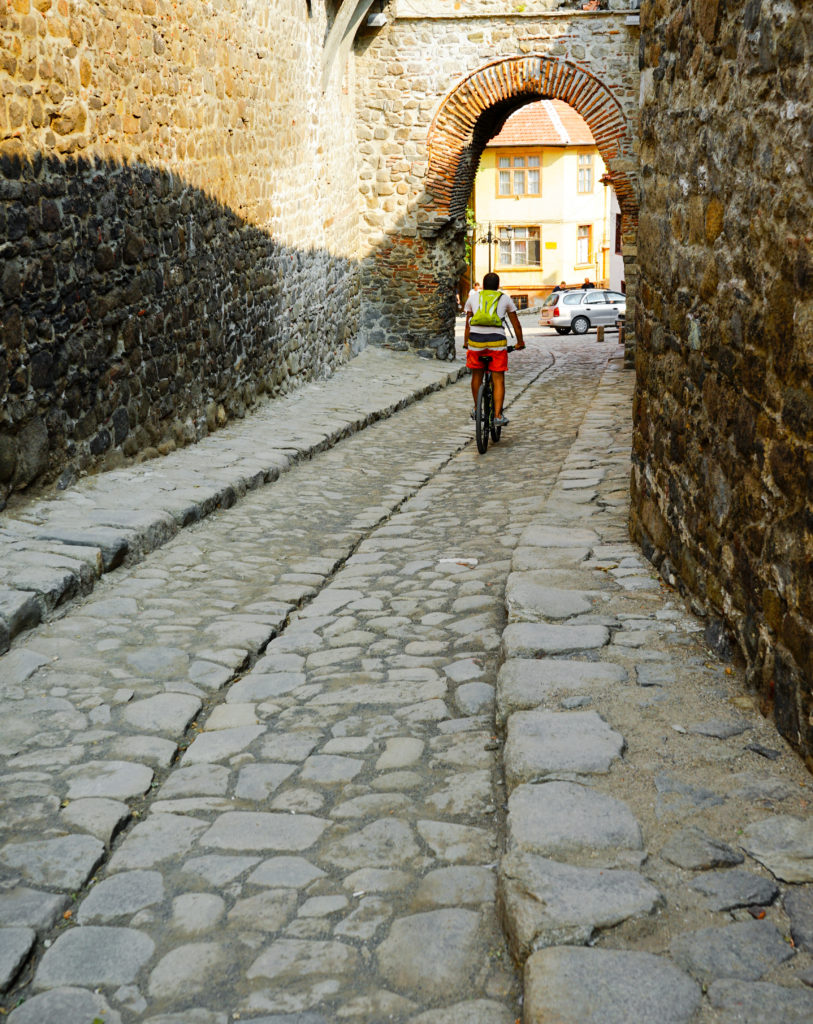 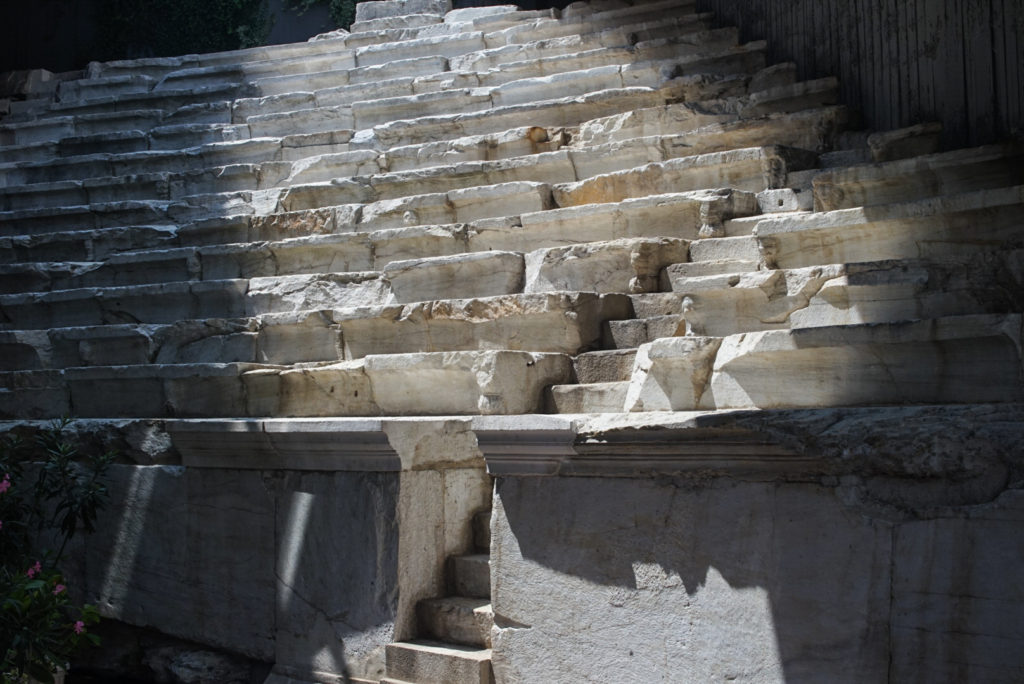 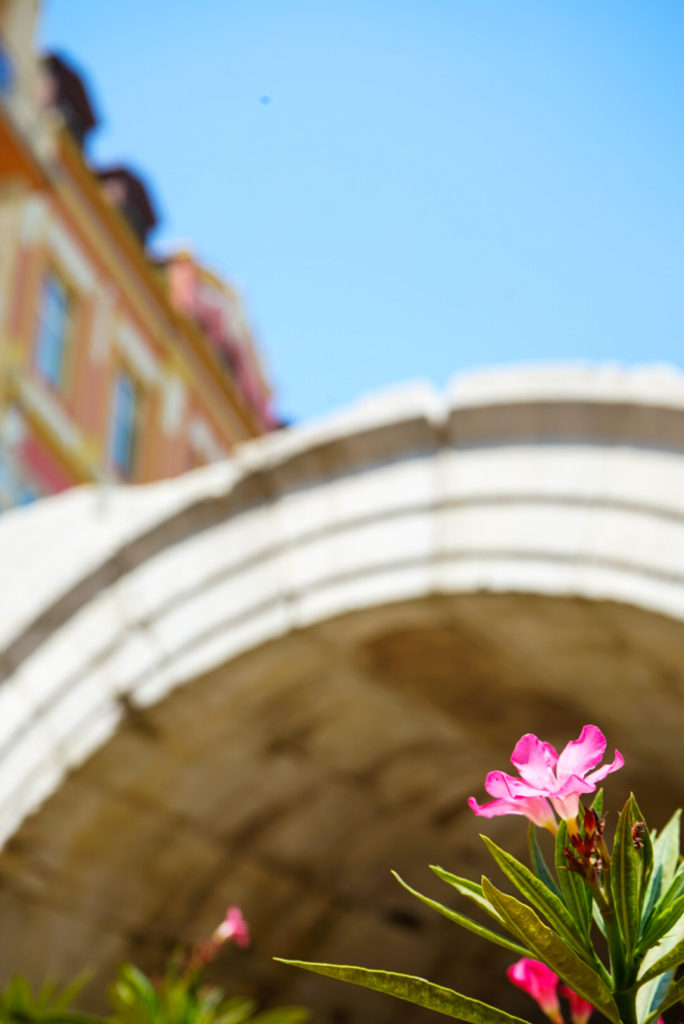